A downloadable game for Windows

The world is in grave danger, ravaged by corrupted beings and besieged by the underworld below. As this onslaught reaches its crux, the surface has begun crumbling into the underworld, taking all those who live above into the depths of hell.

But hope is not lost.

Control one of seven brave souls willing to risk it all to save the world. Their quest: recover the five Gems of Genesis, from the world’s five regions in order to face the very source of the corruption in one final showdown.

In this procedurally generated world spanning five vibrant regions, no two playthroughs will ever be the same.

From your timid first steps in The Dark Forest to your triumphant victory deep in The Dungeons, fight your way through monsters and brutal bosses in order to bring peace to the lands.

But the corrupted monsters aren’t your only worry. The world is crumbling beneath your very feet, making pushing forwards your only option. Too slow, and you’ll fall into The Underworld. Although this dark, dangerous land hides great treasures the armies of hell await you, and you must make it back to the surface in time to stop the corruption.

Choose your character, wielding sword, axe, bow, magic or the elements themselves to fight through the onslaught of corrupted enemies in your quest to save the world.

With every slash, level up and obtain upgrades, gathering your strength for the ordeal ahead. But choose your abilities wisely, as a wrong decision could be the difference between saving the world or perishing along with it.

Explore, hack, slash, level up and triumph over time itself in this fresh take on classic dungeon crawlers.

Just bought the game and having some fun, but I am confused on what I am supposed to do once I get to the the end and cant go back. It says I need to find the sacred coin before I can leave but all the ground is gone and I have no way of backtracking. Scrolls just take me back to the same spot and falling to the underworld does pretty much the same thing, dropping me in that ending hub spot that doesn't fall. Is it just restart and try again?

Hi! Thanks so much for your support.

When you get to the end of a level you need to find the needed item before you leave, usually those items are hidden in that area, I can give you more hints if you want (I don't want to spoil it)... you are doing the right thing! They can be very well hidden, explore very well for hidden paths or access all around the hub, you will find what you need to keep moving forward :-)

If you need more help, please let me know and I can explain how to solve a hub if you feel stuck.

Thanks so much for your support again, I appreciate it very much :-)

This looks like something I should be adding to my wishlist.

So freaking cool - absolutely love the art. Pulled me in right away

Nice work so far. I can tell you've put a lot of work into this project. I wish you all the best as you continue to develop it and I will watch your progress!

Hi! Thanks so much for your kind words :-)

With some polish and game pad compatibility with game would be super dope. Keep up the great work.

Hi!! Thanks so much! I'm adding Game Pad support for the next demo :-)
And polishing some AI issues I have with my enemies. Thanks for playing it and sharing your thoughts!!

here's a gameplay video, my fingers were fighting each other to press x, z and move at the same time lol

Hi! Thanks for the video! Did you see the screenshot with the different available keys? I forgot to add it to the demo, but I added it later :-)

The game is getting real good, wow, very impressed. Love the new animations, that previous mixamo running was a real eyesore, new ones look great. Combat feels pretty good, glad you now turn to face the enemy, that was a bit of a nuisance before. Oh! and the art is fantastic. Recently got the synty packs during the holiday sale, your game is what really sold me on that art style.

Couple of gripes: Controls. Using X and Z to attack felt extremely uncomfortable and completely unnatural. I was not enjoying those key uses at all. I'd much prefer left/right mouse clicks.

Combat animations felt a little too long. You know how in some action RPGs there's a flurry of attacks in a combo thats usually a couple of quick ones followed by a slower ending attack. Yours all felt like the ending attack. Wasn't bad, per se, just felt a bit slow. Like i was watching animations more than i was attacking.

Your generated falling blocks! Could be I didn't play long enough, but i didn't see any falling tiles like before. I was a bit bummed by that. Has the game switched design?

UI could use some tweaks. Main menu specifically. No response to mouse overs left it feeling bland and unfinished. It's alpha though, I'm sure it'll be polished up!

Other than that, it was great. I need to play some more, but those keys are a must change! Keep it up, can't wait for the final product.

Thanks so much!! In general I agree with your comments :-)

Controls will change, I forgot to add the Command List and I guess I frustrated a lot of people. Hopefully not very much :-) But I will add support for controllers and a better map for keyboard/mouse.

About the animations, yes, they are a little bit slow, but that's because in the first levels your aggressiveness is low, once you start upgrading your character the animations' speed will increase.

The ground will fall, I'm working on this mechanic now. I changed the whole procedural generation and I had to come up with a solution because now you can get stuck in areas where the ground felt after you.

UI is super basic, I didn't add any effects, sounds or anything yet... UI is always super tedious hehehehe...

Thanks so much for playing the demo and taking the time to share your thoughts! Very helpful :-)

Great to hear back! Looking forward to the upcoming changes. I really like the idea of speed increasing as you advance, that's a nice progression idea. I take back what I said about attacks then :D. Your game has been on my watchlist since the gamejam that spawned it. Can't wait for the final result! 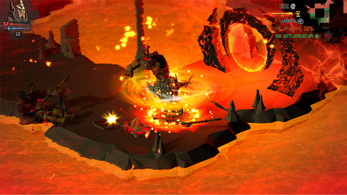 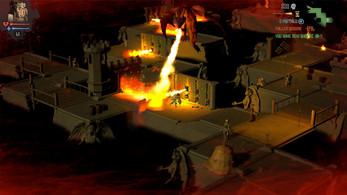 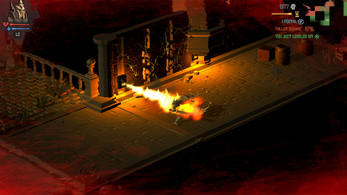 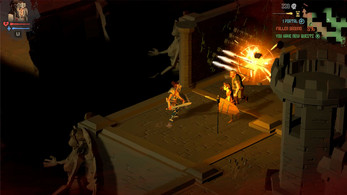 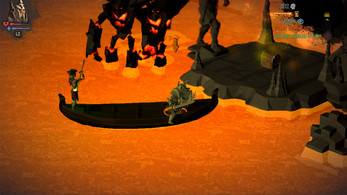 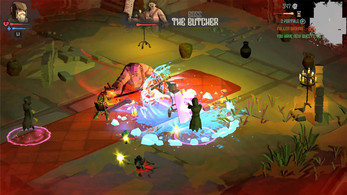 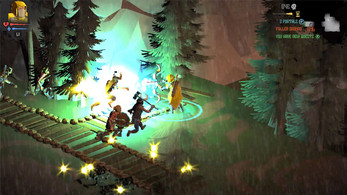 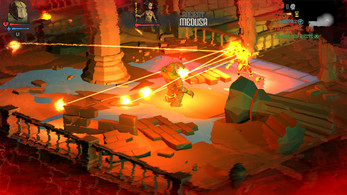 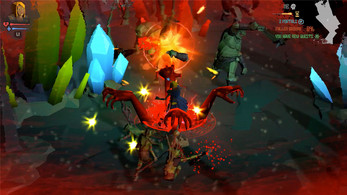 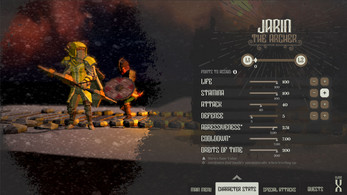 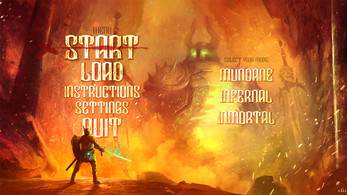 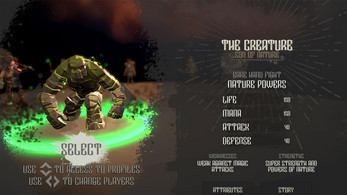